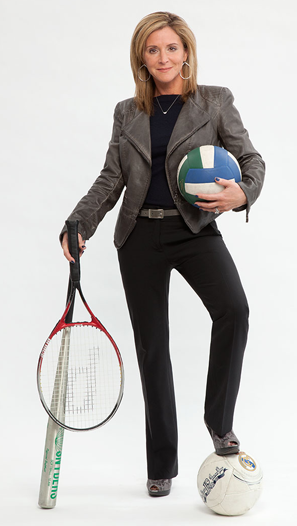 As an elite athlete, Dr. Silby was a member of the National Figure Skating Team. She later served on the U.S. Figure Skating Association Board of Directors and Athlete Advisory Council. Dr. Silby was appointed to the U.S. Olympic Committee Athlete Advisory Council, Collegiate Sports Council and Finance Committee. She teaches and consults at American University and the University of Delaware.

Dr. Silby is a sought after expert and has appeared on numerous television programs including Oprah Winfery, CNN, ABC-Wide World of Sports, and Oxygen Television. She resides in Maryland where she has an active national practice.

I hope my work will have a positive impact on your sports experiences and your life. I look forward to hearing from you and welcome your comments, thoughts, and questions.
– Dr. Caroline Silby